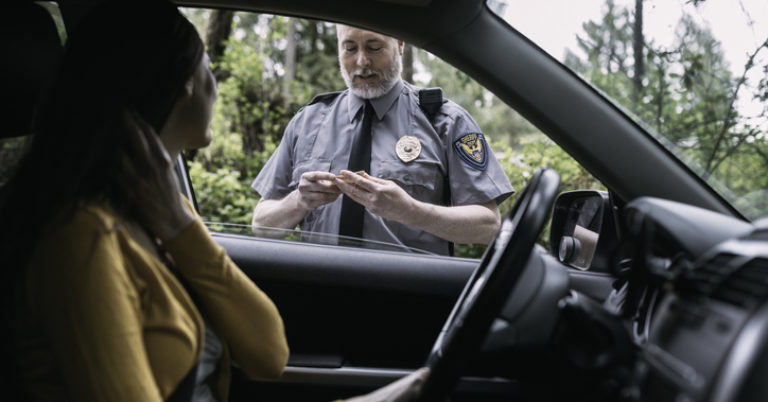 It is critical that law enforcement agencies value and incentivize actions that promote public safety and build community relations.

Allow police to focus on public safety, not raising revenue

An all too frequent problem is when police departments are forced to focus on bringing in revenue. Turning police officers into revenue collectors has not increased public safety.

Sometimes this is driven by pressure from other federal, state, or local government officials to post higher arrest numbers, bigger fines, and more dollars overall. That may lead them to prioritize forfeitures, traffic tickets, and other drivers of revenue in lieu of protecting public safety.

It should be no surprise that research suggests police departments collecting higher shares of their revenue from fines and fees tend to solve crime (both violent crime and property crime) at significantly lower rates.

And collecting more revenue can lead to bigger problems.

For example, a Department of Justice investigation  of policing in Ferguson, Missouri, after the 2014 shooting of Michael Brown found the following:

The City budgets for sizeable increases in municipal fines and fees each year, exhorts police and court staff to deliver those revenue increases, and closely monitors whether those increases are achieved.

City officials repeatedly reminded the department of the importance of raising fines and fees. Police officers should be allowed to focus on public safety, not a conflicting mandate to self-fund. Every officer joined their police force to protect and serve — not act as a tax collector.

Reforming fines and fees is possible

We need to end the criminal justice system’s reliance on fines, fees, and forfeiture.

Instead, core government functions such as public safety should be funded as wholly as possible from the general fund, and not on the backs of those experiencing economic hardship. Payment plans, alternative payment methods, and waivers of financial obligations for those who cannot pay should also be considered. Such reforms have been found to also increase local government revenue and increase economic growth in many jurisdictions.

A number of states have begun to reform their systems to make sure members of law enforcement prioritize the most important mission: the safety of the public.

These types of reforms should be considered by other states, to ensure that fines and fees are utilized in a way consistent with enhanced public safety, rather than in competition with it.

You can help change the system of fines and fees in America by signing this petition to reform fines and fees enforcement. Then learn more about Americans for Prosperity’s efforts to build safer communities through smart policing.