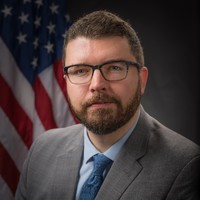 Clint Woods is the policy fellow for regulations at Americans for Prosperity. From 2017 to 2019, he served as the deputy assistant administrator for Air and Radiation at the U.S. Environmental Protection Agency, and previously worked as executive director for the Association of Air Pollution Control Agencies, and in positions with the U.S. House Committee on Science, Space, and Technology, American Legislative Exchange Council, and the Recreation Vehicle Industry Association.

Originally from the Pacific Northwest, he now resides in Delaware County, Ohio with his family.

Video: The role of regulatory reform during times of economic distress

Back to basics: Process for review of National Ambient Air Quality standards