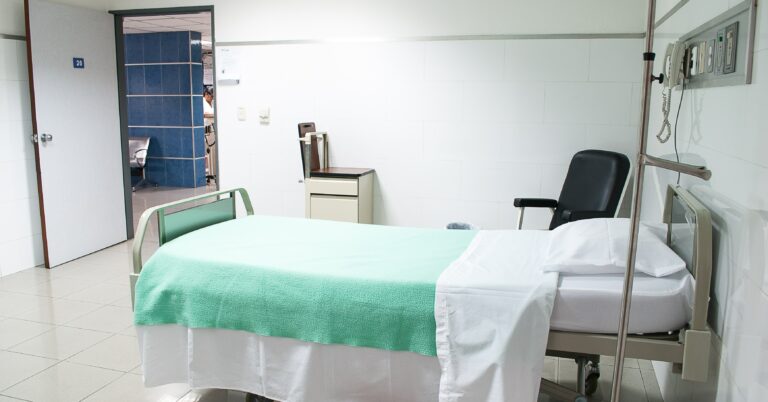 Would a government-run health care system really be right for Colorado?

Would a Canadian-style, government-run health care system be right for Colorado?

A recent report by the Colorado Health Care Cost Analysis Task Force claims it could be. Recently Bill Semple, chairman of the Colorado Foundation for Universal Health Care, argued that the report provides a basis for Colorado to adopt such a system.

But Coloradans (and all Americans) should read it with a grain of salt.

The Task Force finds that if our state were to replace private and employer-sponsored health insurance with a universal, taxpayer-funded “single-payer” system like the one in Canada, where there are no private coverage options and the government pays everyone’s medical bills out of the treasury, we could cover all Coloradans under age 65 with care at least as good as current private options, at a similar and perhaps even a lower cost.

Specifically, the report finds that instead of spending $38 billion a year to cover 93.5 percent of the under-65 population, we could cover 100 percent of them for about $35 billion to $38 billion.

Crucially, the report assumes that if we want to spend less on health care, we must reduce the amounts we pay doctors and hospitals for their services. And it appears the only way to avoid such cuts would be to raise taxes.

How much would we have to cut amounts paid to doctors and hospitals? At the high end of the report’s possible spending range, $38 billion, no reduction would be needed. But then, we would also be spending about as much as we do today. Why bother?

At the low end of the spending range, $35 billion, the report acknowledges we would have to reduce provider reimbursement rates by more than 50 percent.

This should not be surprising. The national single-payer plan proposed by U.S. Sen. Bernie Sanders of Vermont explicitly reduces provider reimbursement rates by more than 40 percent. (And yet that plan also increases federal spending by $30 trillion in its first decade, according to a 2018 Mercatus Center report.)

What if we raised taxes instead? While the report doesn’t specify how big a tax hike would be needed, we know the 2016 Colorado single-payer ballot measure included a 10-percent payroll tax increase. Voters rejected that proposal overwhelmingly, 79 percent to 21 percent.

A 2019 Heritage Foundation study found that to fund a nationwide version of single-payer we’d need a 21-percent payroll tax hike would, on top of all existing taxes.

But for argument’s sake let’s assume we did both. Let’s assume we hike taxes and cut provider pay and get rid of private insurance. Would the new government monopoly be more efficient than markets?

The report assumes that it would. Real-world experience suggests otherwise.

Indeed, wherever single-payer has been tried, it has fallen short of supporters’ optimistic promises. While countries with single-payer typically spend less on health care than Americans do, those countries also have to deal with shortages, bureaucratic rationing, and higher taxes.

Having an insurance card does not necessarily guarantee access to care. For example, the median wait time in Canada for an MRI scan is more than two months — to be treated by a specialist, more than five months. And Canadians receive fewer cancer screenings than Americans do and have higher mortality rates for certain cancers.

And while Americans enjoy access to 89 percent of new drugs, Canadians have access to only 44 percent — Greeks and Spaniards, a mere 14 percent — because their governments deem most new drugs “too expensive.”

It turns out residents of single-payer countries pay for their “free” health care in roundabout ways like standing in line and having reduced access to therapies.

A government bureaucracy will never be as efficient and consumer-friendly as competitive markets because it doesn’t have to please its customers to stay in business. Single-payer would turn doctors and nurses into government employees in all but name.

Are insurance costs too high today? Absolutely. But let’s not throw the baby out with the bath water.

To its credit, Colorado boasts lower health insurance rate-hikes than most states, and just 2 percent of our residents are uninsured. (The official figure is 9 percent, but 7 percentage points of them are eligible for government-subsidized insurance and simply not enrolled.)

Single-payer would eliminate direct primary care clinics in our state. This innovative new model of care delivery offers consumers generous access to a primary care doctor, as well as preventive services, transparent prices, and considerable discounts on tests, imaging, and medications, all for a low, flat monthly fee.

Recent polling by Americans for Prosperity finds that voters do not want a radical overhaul of our health care system. They want to fix what’s broken and preserve what works.

Instead of a “government option,” Coloradans need and deserve a personal option — sensible, incremental, and nonpartisan reforms that add up to better care for lower cost, through competition, not mandates.

A personal option means two things: giving patients more choice and control, and removing the barriers that stand between them and the medical professionals they trust.

Because the money is tax-free, an HSA effectively gives you a 10 to 40 percent discount on every medical purchase. And studies show HSAs help reduce medical costs by encouraging people to shop for value.

Unfortunately, current rules prevent most Americans (approaching 90 percent of them) from taking advantage of this powerful tool. For people with low incomes, we could take some of the Medicaid money we currently send to insurance companies on their behalf and put it directly into their HSA account.

These are sensible, incremental reforms that would reduce costs by promoting choice and competition. Unlike the questionable path of “Medicare for All,” a personal option offers a reliable road to better, more affordable care for all.

Jesse Mallory is state director of Americans for Prosperity-Colorado.