RICHMOND, Va. – AFP-Virginia celebrated the passage of the FIRST STEP Act, criminal justice reform legislation that will enhance public safety, save taxpayer dollars, and provide a second chance to hundreds of thousands of people who’ve paid their debt to society. The grassroots group thanked Representatives Robert Goodlatte and Bobby Scott for their unique roles in ensuring this bi-partisan legislation became law.

“We’re thankful to lawmakers for giving the gift of second chances and safer communities to Americans this holiday season,” said AFP-VA State Director JC Hernandez. “Representatives Goodlatte and Scott, in particular, were champions for the FIRST STEP Act, which is a crucial first step toward breaking the cycle of incarceration, bringing families together, and creating safer communities. It’s great to see our lawmakers end the year by coming together and passing meaningful legislation.” 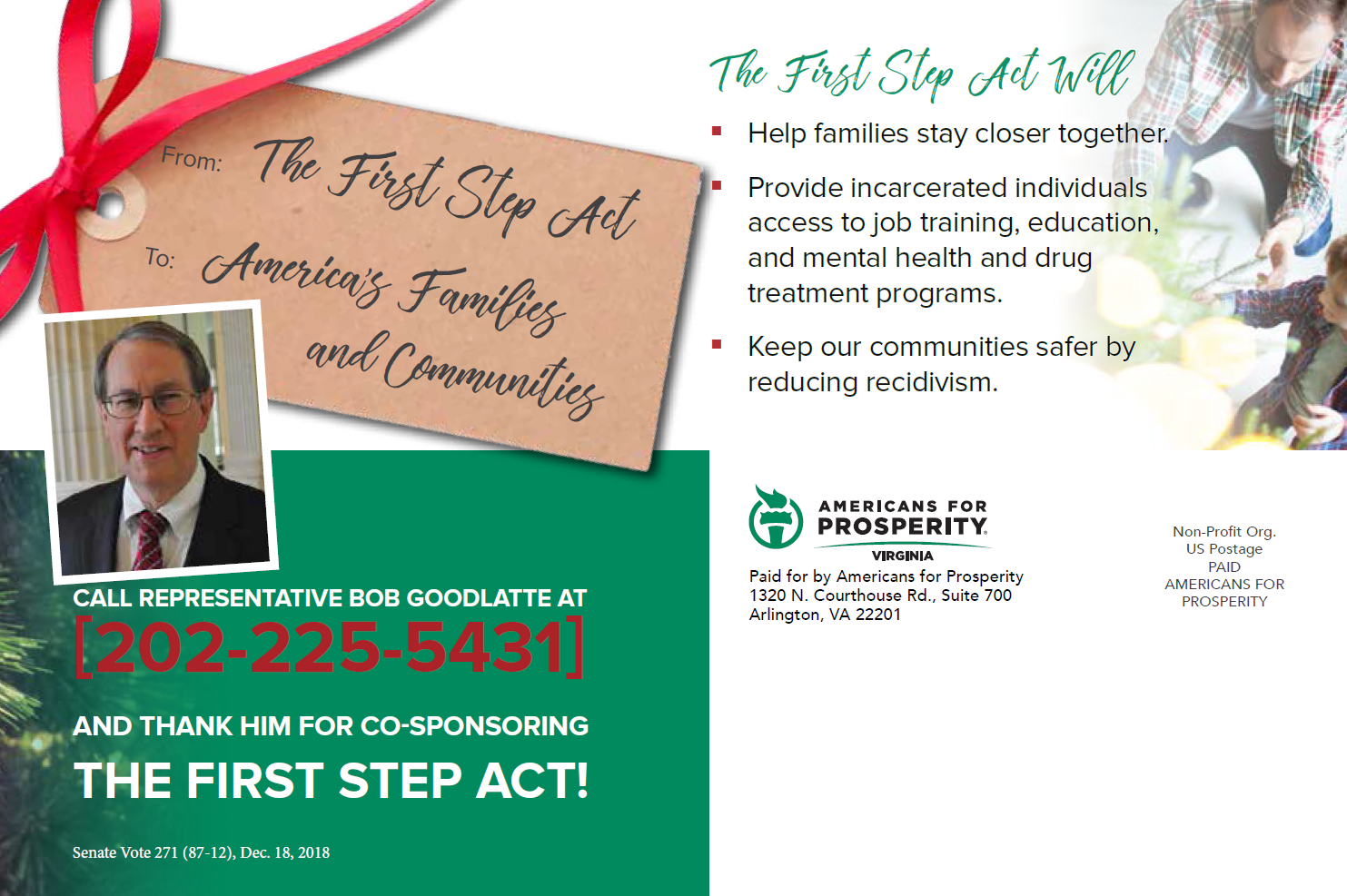