LANSING, MI – Americans for Prosperity-Michigan (AFP-MI) is ramping up its ongoing campaign encouraging Reps. Elissa Slotkin and Haley Stevens to oppose the Biden-Sanders “infrastructure” proposals as House lawmakers prepare to return to Washington today to vote on the budget resolution and kick off reconciliation negotiations.

AFP has launched a new wave of radio ads and direct mail to supplement the work of AFP’s activists across the country. 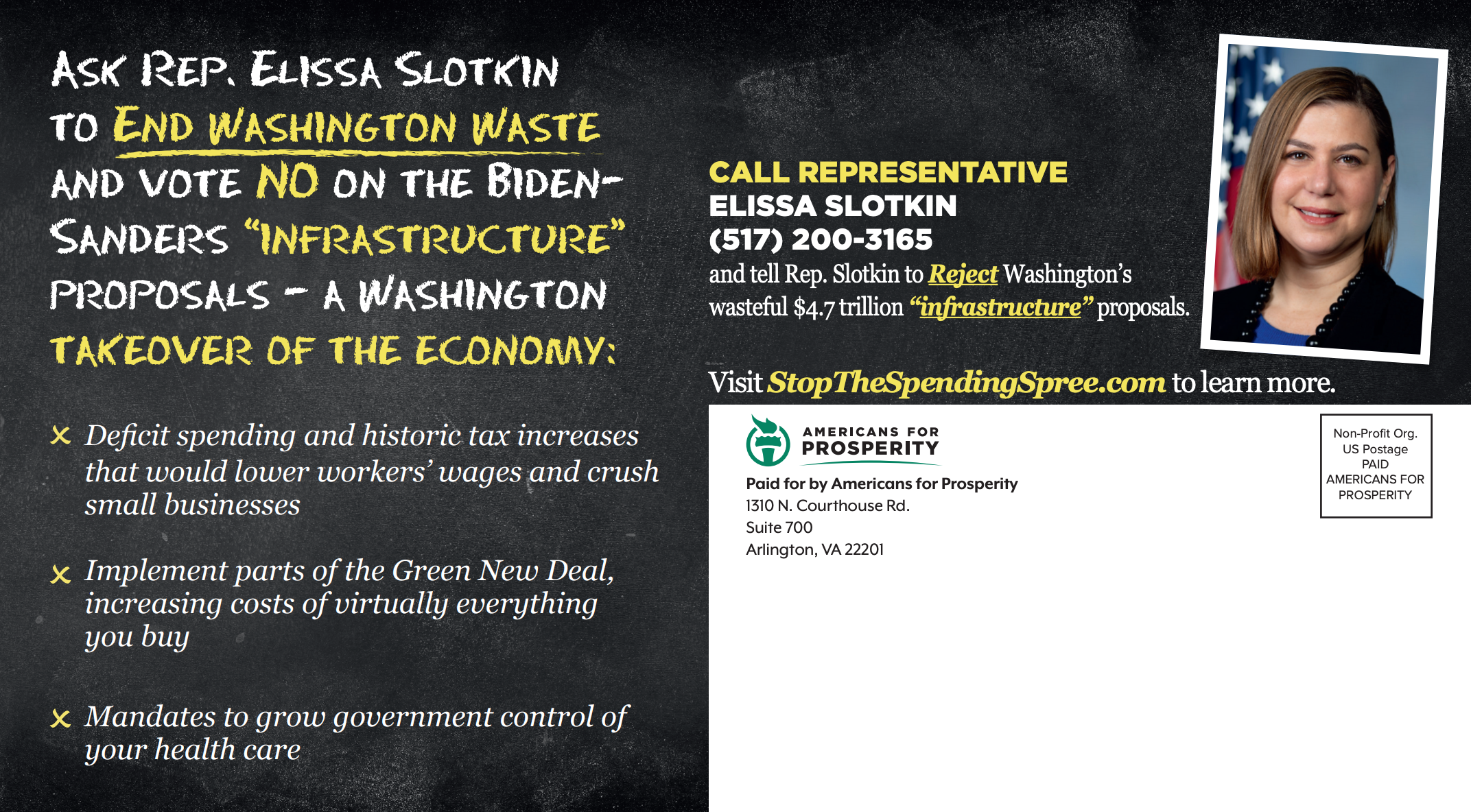 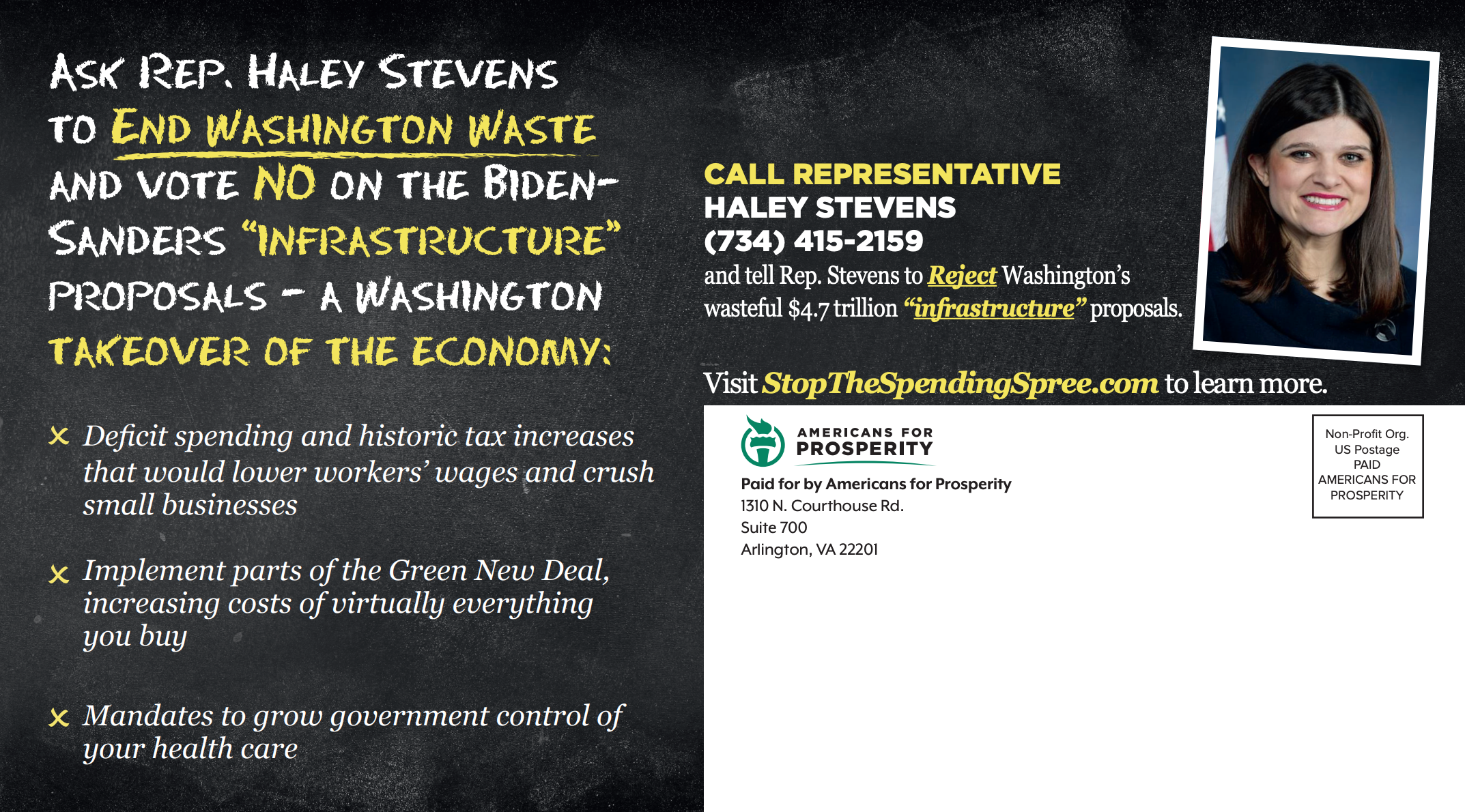 “The Biden-Sanders ‘infrastructure’ proposals, with a $4.7 trillion total price tag, cost more than double Obamacare. It’s full of new burdensome government regulations that will cause energy bills and health care costs to skyrocket. We strongly urge Representatives Slotkin and Stevens to oppose these proposals that would kill jobs and make life more expensive for Michigan families.”