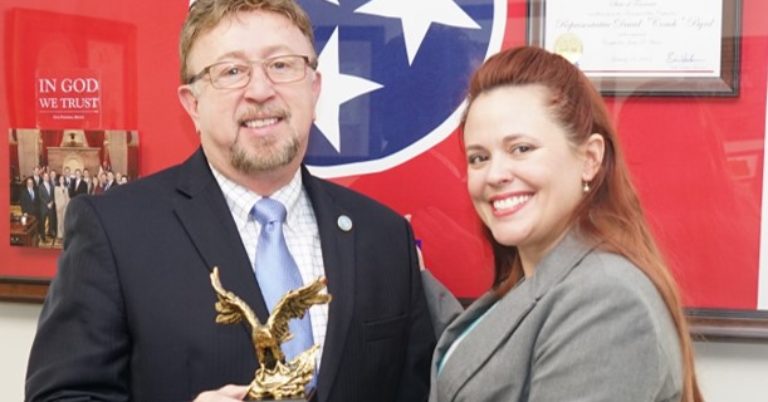 “Rep. David Byrd is a strong advocate for taxpayers, promoting lower taxes and less government,” said AFP-TN State Director Tori Venable.  “There is no doubt his commitment to these principles is why his constituents keep sending him to Nashville to represent them. On behalf of our activists statewide, we are grateful for his work and dedication to our shared ideals.”

The Taxpayer Advocate award is given to lawmakers who have distinguished themselves through a consistently conservative voting record in the fight for economic freedom and fiscal responsibility.

“A special thanks to Americans for Prosperity for this award and for their continued fight to preserve economic freedom and liberty for Tennesseans,” said Rep. Byrd.