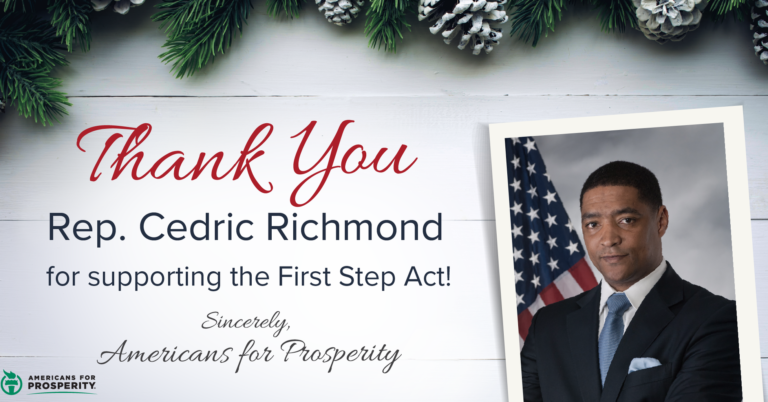 “Many Louisiana families will have a lot to be thankful for this holiday season after passage of the First Step Act. This law will give a second chance to those who’ve earned it and will strengthen families who need their fathers, mothers, sons, and daughters to return home in better shape than when they went to prison. And by focusing on rehabilitation, we can make sure individuals reentering our communities have the tools to succeed and stay out of prison for good.

“Everyone who voted for the First Step Act in Louisiana deserves recognition, but Sen. Bill Cassidy, Rep. Steve Scalise and Rep. Cedric Richmond deserve a special acknowledgement. Through their leadership and continued advocacy for a fairer and evidence-based approach to criminal justice, Louisiana families will be better off.” 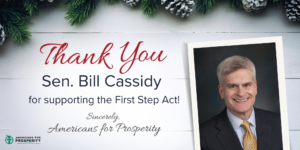 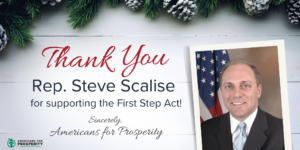 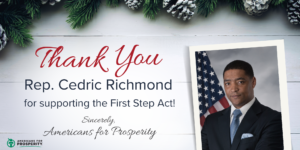