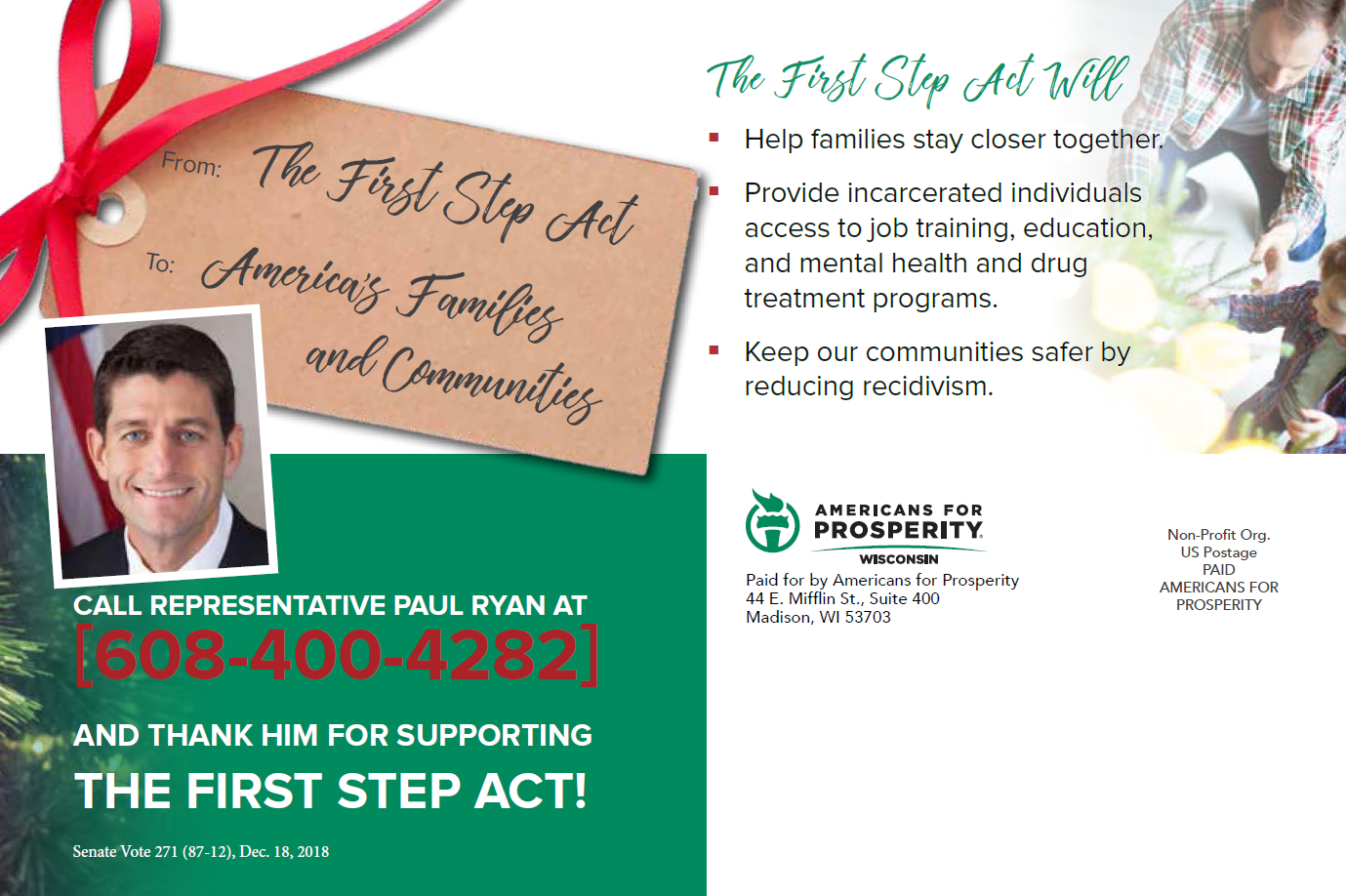 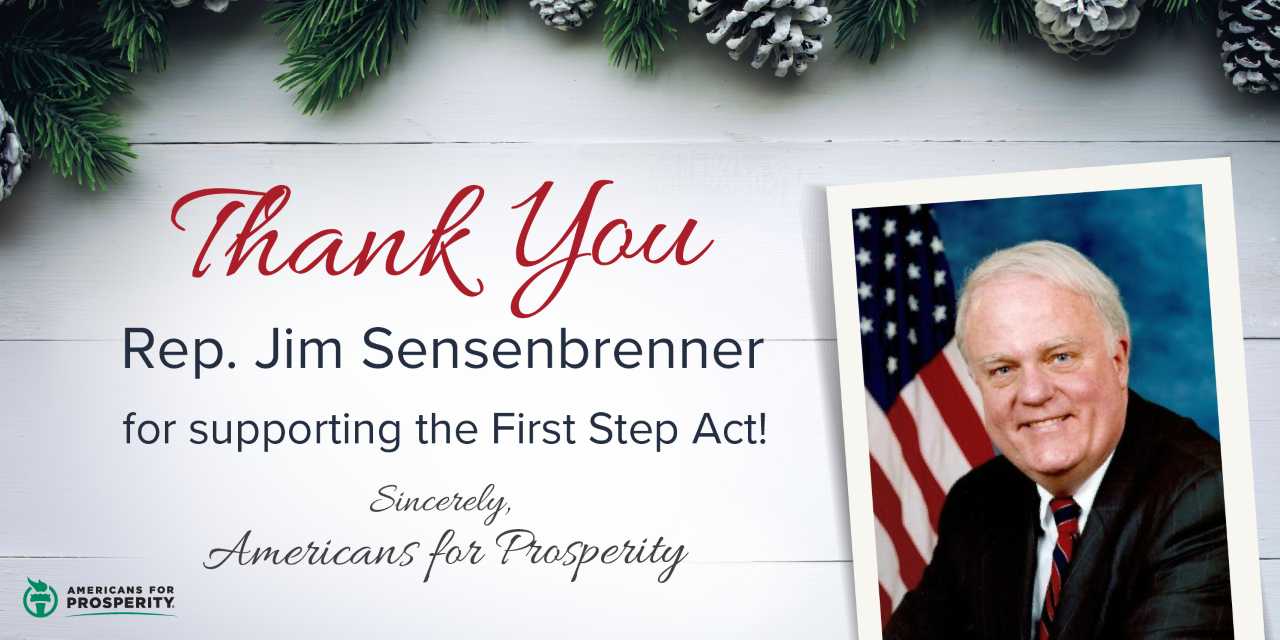 “This reform is a crucial first step toward breaking the cycle of incarceration, bringing families together, and creating safer communities in Wisconsin and across the country. The FIRST STEP Act is also proof that we can make meaningful progress on key issues, break down barriers to opportunity, and help people improve their lives when lawmakers have the courage to put policy ahead of politics.

“Wisconsin should be a place where people who want second chances get them. Speaker Ryan has been a leader on several bold reforms, but his parting gifts to Wisconsinites this holiday season – increased safety and redemption – is notably welcome. We thank Speaker Ryan for his service as a representative for Wisconsin and we thank Rep. Sensenbrenner for his work on criminal justice reform.”