AFP Thanks Durbin for Leading on Criminal Justice Reform

NAPERVILLE, Ill. – Americans for Prosperity-Illinois (AFP-IL) celebrated the passage of the FIRST STEP Act, the criminal justice reform legislation that will enhance public safety, provide a second chance to hundreds of thousands of people who’ve paid their debt to society, and save taxpayer dollars. The grassroots group also announced a direct mail campaign touting Senator Dick Durbin’s leadership role as chief co-sponsor in ensuring this groundbreaking legislation passed before the end of the year. 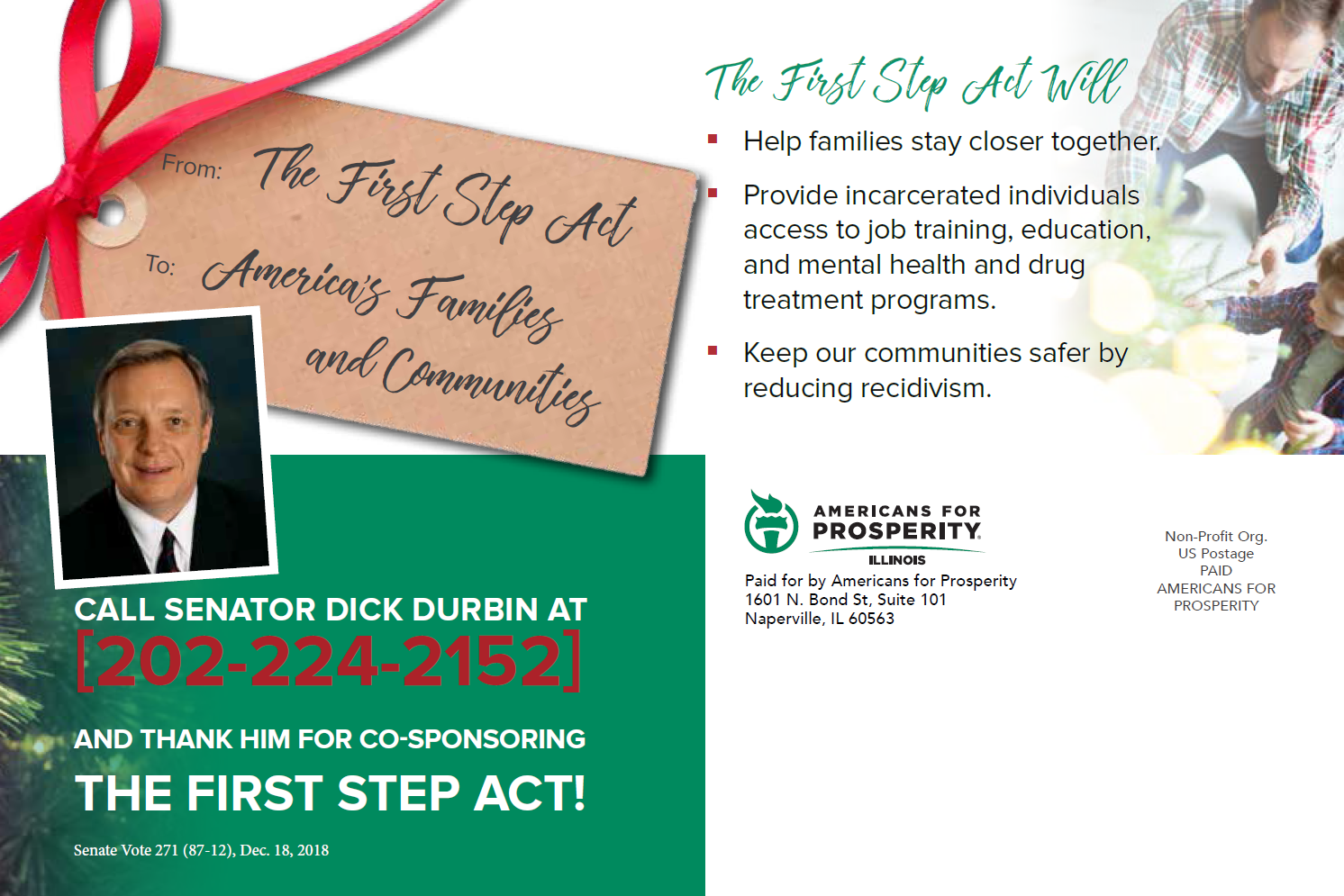 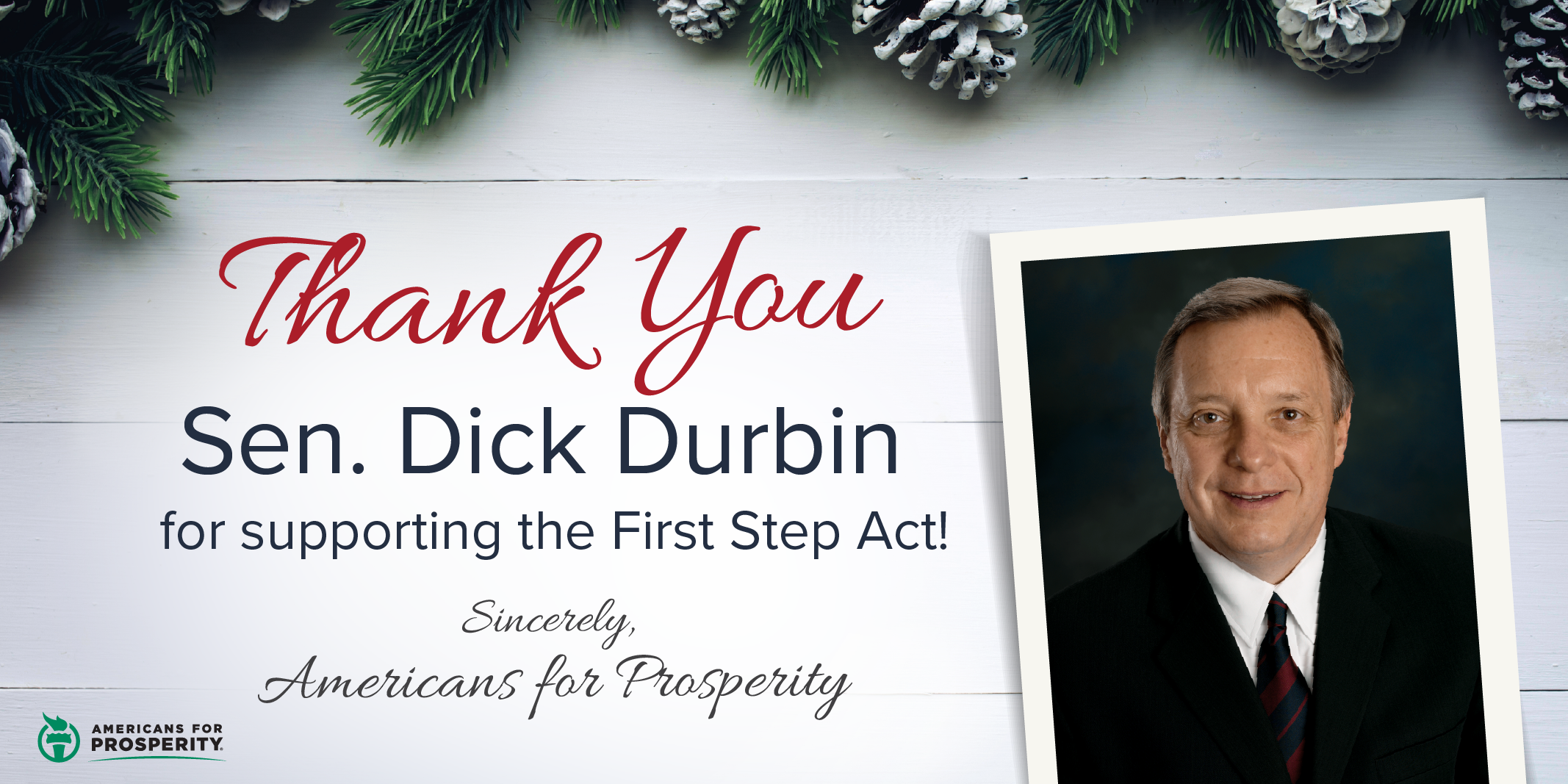 “This December, Senator Durbin worked to give Illinoisans and all Americans one of the best presents of all: a second chance. This legislation is a crucial first step toward breaking the cycle of incarceration, bringing families together, and creating safer communities. We look forward to find other ways to work with Sen. Durbin to improve our criminal justice policies, break down barriers to opportunity, and help people improve their lives.”