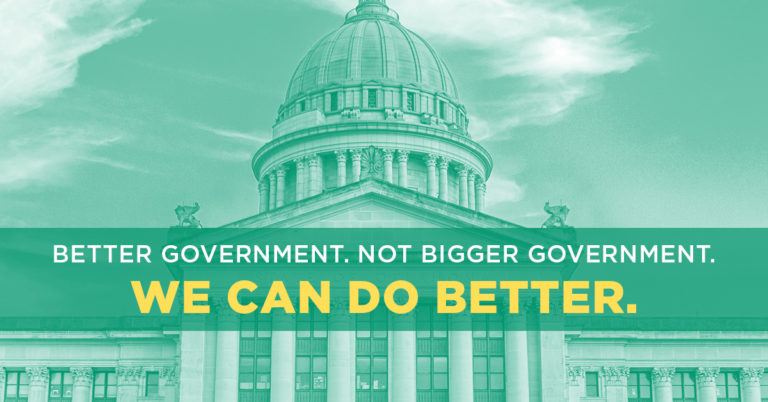 AFP on Tax Package Failure: ‘Good for taxpayers, but more to be done’

OKLAHOMA CITY, Okla.—Americans for Prosperity-Oklahoma (AFP-OK), the largest free market advocate for taxpayers in the state, released the following statement in response to the failure of HB 1033XX in the Oklahoma House.

“While killing this tax hike is a victory for Oklahoma taxpayers, especially low-income families, our lawmakers are still sidestepping the issues that have led us to this point. Even the original Step Up plan included solid reform measures, including managed care and audits for Medicaid, common and higher education spending reforms. What’s more, a teacher pay raise funded through the Land Office, and direct-to-consumer vehicle sales we’re also discussed but all of these issues were taken off the table for political purposes. We continue to urge House and Senate leadership to take up those reforms, which will give us a better government with less dependence on taxpayer dollars.”