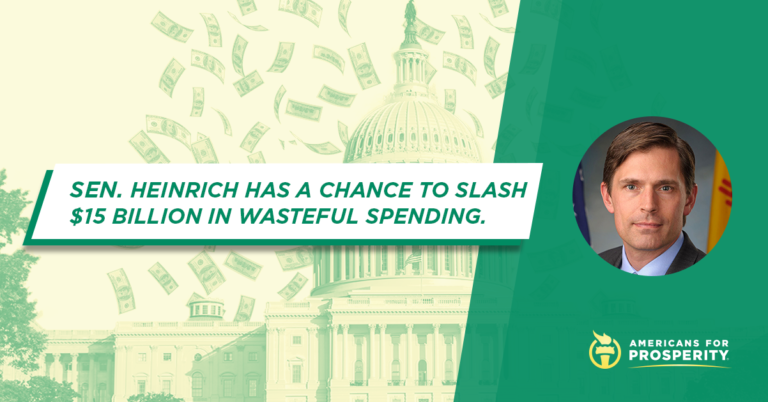 Albuquerque, N.M. – Following the House passage of H.R. 3, the Spending Cuts to Expired and Unnecessary Programs Act, Americans for Prosperity-New Mexico (AFP-NM) is now calling on Senator Martin Heinrich to support the measure that would save taxpayers about $15 billion in unspent funds from previous years. 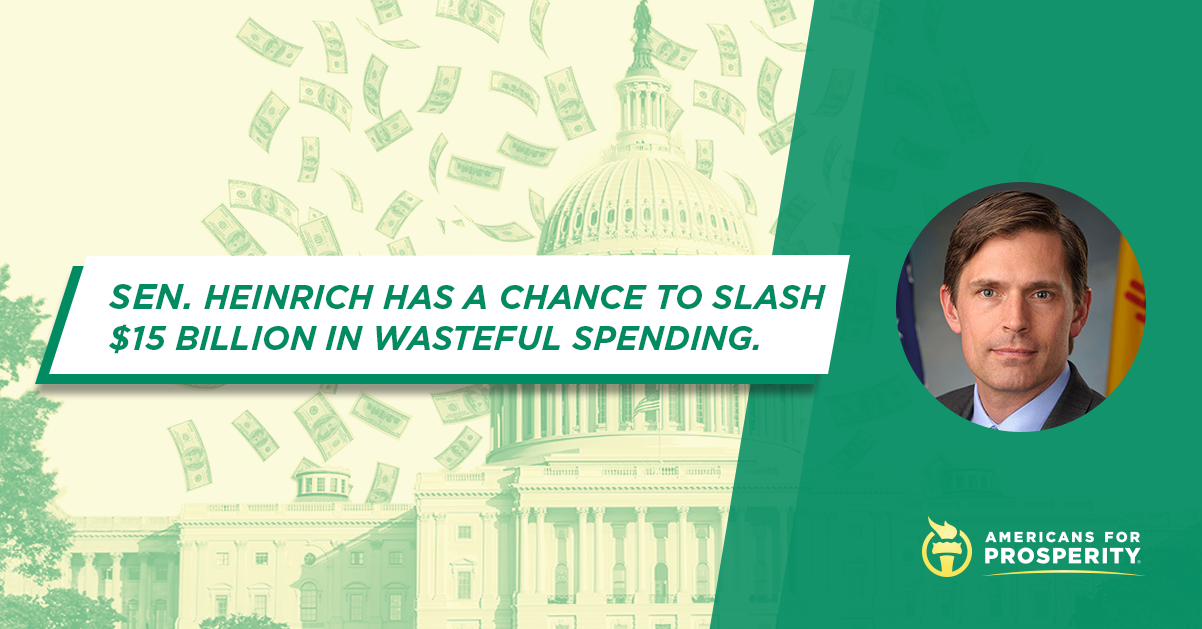 “Washington’s poor stewardship of taxpayer dollars demonstrates the utter absence of respect for New Mexican families forced to tighten their belts at home every day. Burdening future generations with an unsustainable debt that will lead to tax hikes and lower economic growth is a betrayal of taxpayers’ trust but is something Senator Heinrich can begin to correct by supporting common-sense spending cuts like rescission.”

For further information or an interview, reach BURLY CAIN at RCain@afphq.org.