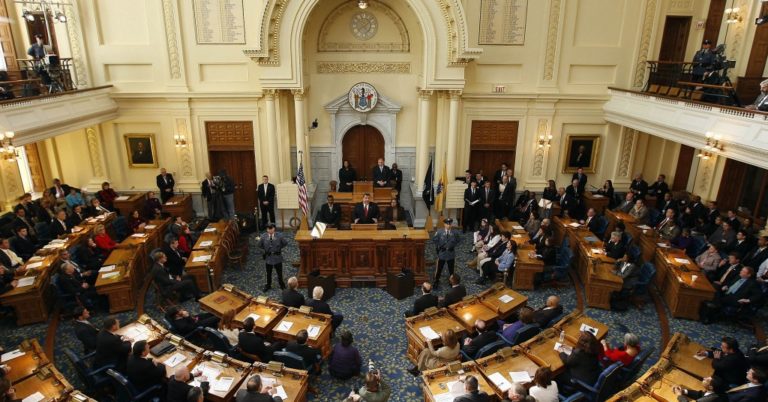 Our vision is to educate and mobilize citizens by building authentic grassroots communities to fight against policies that erode liberty and economic freedom, while promoting ideas and practices that unleash NJ’s economic potential to the benefit of all citizens, espe­cially the least powerful. We invite others to join us as we empower the team of local leaders that is building the movement of millions across the country. We are pleased to share our 2018 State Policy Agenda:

New Jersey’s pension systems have more than $248 billion in unfunded liabilities, according to State Budget Solutions, and rank the worst in the nation for solvency. The state has also been subject to eleven (11) credit downgrades during Governor Christie’s administration, where pension liabilities were cited by credit agencies as a cause. We intend to engage on the Governor’s expected proposed reforms as they arise. Our goals are to (1) prevent a federal bailout; (2) make the full payment and pay off liabilities; and (3) advocate for meaningful reforms to the system, such as creating 401ks for new hires and reforming healthcare benefits. According to the Pension Integrity Project, objectives of good reform should include: Keeping Promises; Affordability; Predictability; Good Governance; Risk Reduction; Retirement Security; and Attractive Benefits.

New Jersey is one of the worst states in the nation in the prac­tice of picking winners and losers – giving tax breaks and other special handouts to a favored few and leaving everyone else to pay the price. Too often, the winners are special interests who lobby for tax credits or erecting barriers to competition, and the losers are everyday citizens and small businesses who are forced to pick up the tab.

Burdensome occupational licensing requirements disproportionately harm the poor, minorities, young people, and women by creating a barrier to entry for those seeking to climb the economic ladder. Often, these requirements are enacted because of the lobbying efforts by special interests to keep new competitors out of the market, which increase costs to consumers. New Jersey should reduce licensing costs and requirements not related to health or safety, and conduct a comprehensive review of occupational licenses across the board to make it easier for individuals to work in our state.

Corporate welfare, when a state doles out taxpayer dollars to private corporations, is a major driver of high taxes and spending in New Jersey. Not only do these so-called “investments” yield demonstrably poor returns, they are unfair as they benefit only a few special interests at taxpayers’ expense. Eliminating corporate welfare would allow the state to lower tax rates for all, not just a chosen few, create a more level playing field, and free up tax dollars to be spent on essential services and priorities.

New Jersey communities are safest when our criminal justice system is built on respect for individual rights and human dignity. Policymakers in the Garden State can secure justice for victims and create opportunity for people who have paid their debt to society and are eager to re-enter civic life. The criminal justice system needs reforms to simplify and roll back unnecessary criminal laws, protect individuals against civil asset forfeiture, modify sentencing and corrections to make our punishments match the crime, and eliminate unnecessary barriers to opportunity that keep former offenders from becoming productive members of society. By tackling over-criminalization, policing and forfeiture, sentencing and corrections, and collateral con­sequences of incarceration, we can move New Jersey toward a more free society.

If you or your staff would like to set up a meeting to discuss any of these priorities or connect with national policy experts in these areas, please feel free to contact me at EJedynak@afphq.org or 862-229-4953. I look forward to working with you.