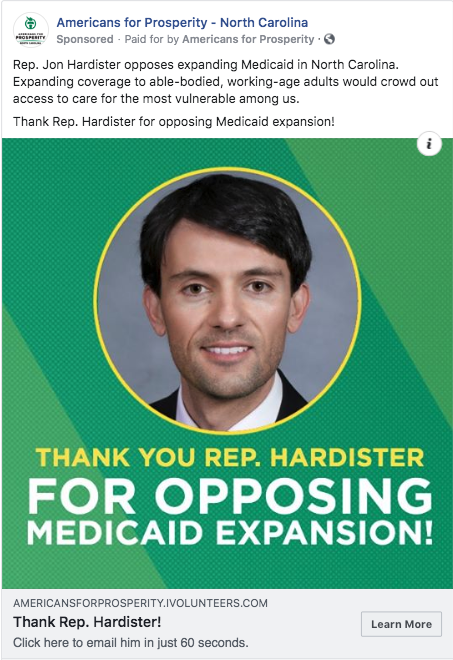 “We applaud Representative Hardister for his principled opposition to expanding a broken Medicaid system that would jeopardize care for the Tar Heel state’s most vulnerable. Our activists are calling on lawmakers to follow Rep. Hardister’s lead and prioritize alternative policy solutions that will make health care more affordable, improve quality, and make it easier to access. North Carolinians deserve a thoughtful and comprehensive approach to improving health care, not a band-aid solution with unintended consequences.”

For further information or an interview, reach Nicole Tardif, NTardif@afphq.org, 571-329-0161.