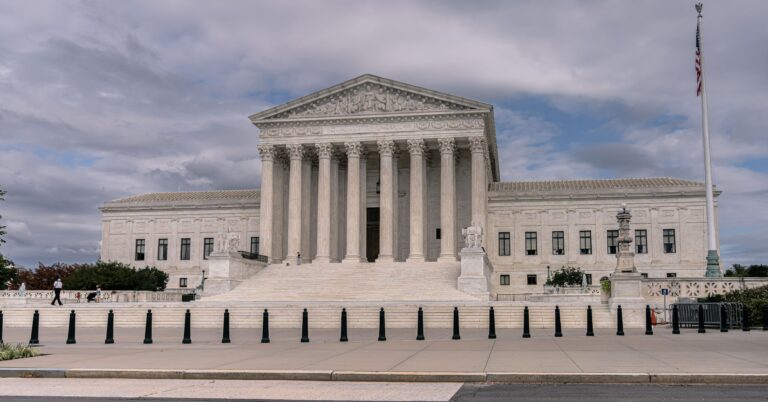 But what if I told you there was a body of law, constantly developed under cover by an already opaque court, that you know nothing about?

And that the government will only tell you when they want to?

And that this body of law affects whether the government can spy on you?

That’s exactly what is happening with our Foreign Intelligence Surveillance Act (“FISA”) Courts.

You might ask: “Isn’t that the Edward Snowden stuff?  Didn’t they already fix it?”

In some respects, yes, Congress updated the law to provide more accountability for the wiretapping process, and FISA courts—at least according to them—have started to hold the government to a higher level of accountability. But they’re still coming up short.

What happened at the Supreme Court regarding ACLU v. United States?

These questions were at the heart of a civil liberties case, ACLU v. United States, the U.S. Supreme Court, unfortunately, declined to take up today.

Justices Gorsuch and Sotomayor filed a dissent from the denial of cert, rightly arguing,

When any court issues a decision, whether it’s a civil or criminal case, those decisions are published. The reasons why are obvious: the governed deserve to know why courts make decisions, how they came to certain outcomes, and transparency is necessary to hold judges accountable and make sure laws are working as intended.

We can understand, surely, that some facts or individual names may need to be concealed in order to preserve national security interests.

But there’s no logical reason why the legal reasoning underpinning these warrant decisions should be hidden from the public. The only time these courts unredact parts of their opinions is when the executive branch, the folks coming to the courts for permission to spy on people, deem it appropriate.

The questions at the heart of ACLU v. United States

As the dissent noted, the government “presses the extraordinary claim that this Court is powerless to review the lower court decisions even if they are mistaken. On the government’s view, literally no court in this country has the power to decide whether citizens possess a First Amendment right of access to the work of our national security courts.”

That can’t possibly be the case.

“[T]his case presents questions about the right of public access to Article III judicial proceedings of grave national importance. Maybe even more fundamentally, this case involves a governmental challenge to the power of this Court to review the work of Article III judges in a subordinate court. If these matters are not worthy of our time, what is?”

Our form of government relies on public access to the law. If we don’t know what the law is, how can we hold the government politically accountable? How can we obey it ourselves?

Public access is critical for fidelity of the law and the litigation process—if we don’t know what the courts are ruling on, we can’t bring challenges in those courts (or others) when we think the government has overstepped.

Also, secret law makes for bad law. Shadowy echo chambers will only produce law beneficial to those on the inside of the process—not the greater public.

And the proof is in the pudding. One need not look further than how the FISA courts approved the NSA’s bulk collection of domestic telephone call records.

Because those cases were developed in secret, no one was ever able to hold any of those individuals accountable for their actions. Unless the FISA courts drop their current “secret law” approach, there’s little preventing us from walking down that dark road again.

That’s why we are disappointed that the Supreme Court declined to take up this case. We’re hopeful it will get another chance soon—and that litigants will continue to press for access to this important information.

Learn more about the work of AFPF and partners to protect civil liberties for all Americans.