RICHMOND, VA – The Supreme Court of the United States ruled in favor of Mark Janus today in Janus v. American Federation of State, County, and Municipal Employees (AFSCME). The court held that no public employee can be compelled to pay any union dues or fees as a condition of employment.

“This ruling upholds a fundamental constitutional principle. No one should be forced to fund political activity they disagree with simply to keep their job,” said Americans for Prosperity- Virginia State Director JC Hernandez “AFP-Virginia brought over 50 activists to the Supreme Court the day this case was heard. This was a particularly gratifying decision for them. We will continue to advocate for policies that protect freedom of speech and association.” 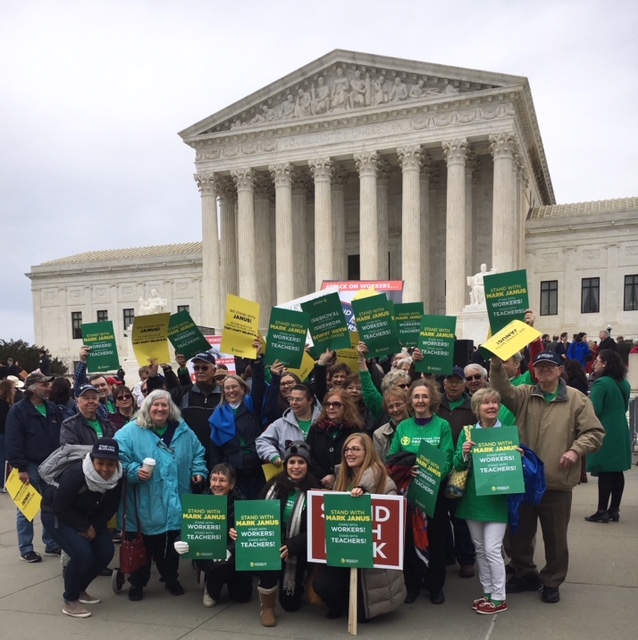 At issue in this case was the power of labor unions to collect “fair share” or “agency fees” from public employees who have opted out of the union in their workplace. Mark Janus – a public employee in Illinois – challenged the constitutionality of the law compelling him to pay these union fees, arguing it violates his right to free speech because collective bargaining with the government affects public policy issues and thus is inherently political in nature. Thus, these mandatory dues to fund collective bargaining constitute forced political speech.

Prior to the ruling, in the 22 states that don’t have a right-to-work law – including Mark Janus’ home state of Illinois – public employees who opted out of union membership were still forced to fund union collective bargaining through so-called agency fees. Not only are agency fees used for collective bargaining that affects public policy, they are also spent on activity that is overtly political in nature, such as donations to politically motivated nonprofit organizations or funding events with a political message.